Cuervo Stories
|   A Look Into 250 Years Of Tequila Making

The journey from the agave fields to your favorite margarita starts on the the skirts of the Tequila Volcano. 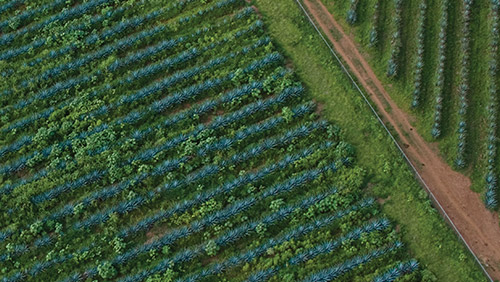 Jose Cuervo® owns the largest holdings of agave in the world, nestled in rich, volcanic soil. Caretakers, called “Jimadores,” cultivate and harvest the agave. Jose Cuervo® plants the agave shoots between February and July to avoid the months of excessive rain. The shoots, on average, take seven years to reach maturity. 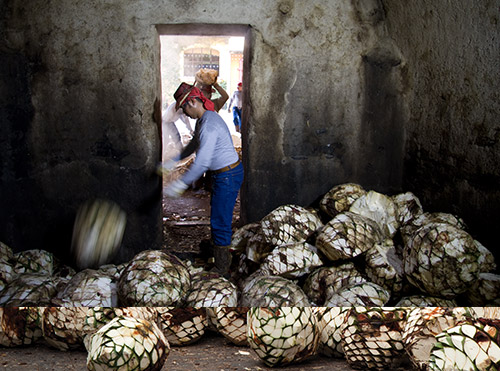 Once the agave has been harvested and pruned, the agave’s cores or “piñas” are sent to La Rojeña. Each day the agave oven deck receives from 200 to 300 tons of agave for the production of tequila. The cooking of the piñas refines the taste of the tequila. Even today, this process is carried out completely in the artisanal tradition, requiring 36 to 40 hours. Eight hours after cooking, the piñas are taken to four mills for grinding. The first one is known as the shredding machine: its multiple blades shred the agave into small pieces. The chunks are then ready for the second wheel, which smashes the pieces to extract the juice. The next two are extraction wheels, where the juice, known as must, is separated from the bagasse. 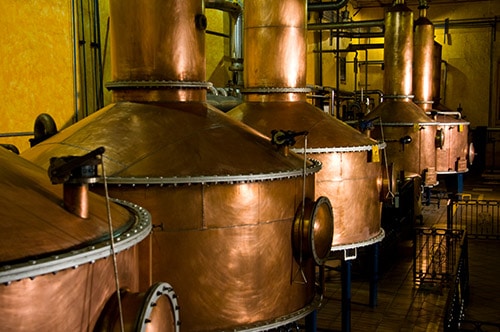 The resulting must is sent to the fermentation tanks. After 50 to 60 hours, the juice is now completely fermented. The next steps – distillation, condensation, and rectification – produce a drinkable product known as white tequila.

The tequila is reposed and aged slowly in barrels; during this time it acquires the gustatory and aromatic features of wood.The toasting of the barrels is the key to their aromatic yield. There are three degrees of toasting: light, medium and strong; each determines a different tequila profile. The barrels are also lightly sprayed with water so that the wood absorbs humidity to prevent evaporation of the tequila aging inside it.

Story By: The Inertia