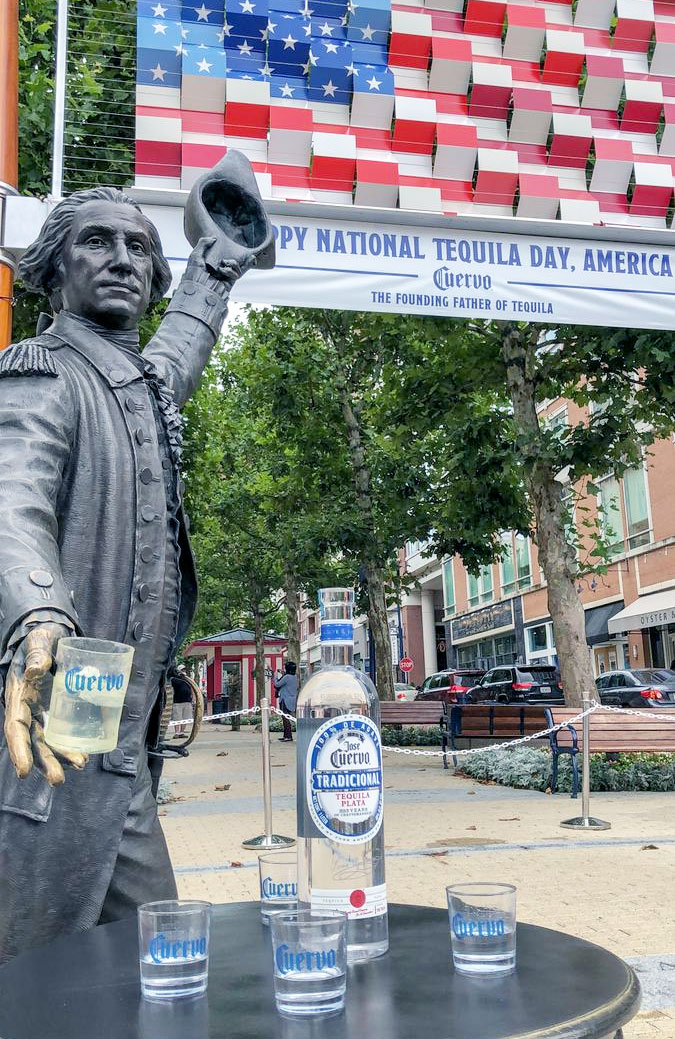 This year, for National Tequila Day, we decided to celebrate the more than 220-year-old legacy of Jose Cuervo Tradicional by enlisting America’s founding father, George Washington, to toast to Cuervo, tequila’s founding father.

To kick things off appropriately, a popular George Washington statue in Washington, D.C. was shown toasting with his own bottle of Jose Cuervo Tradicional. 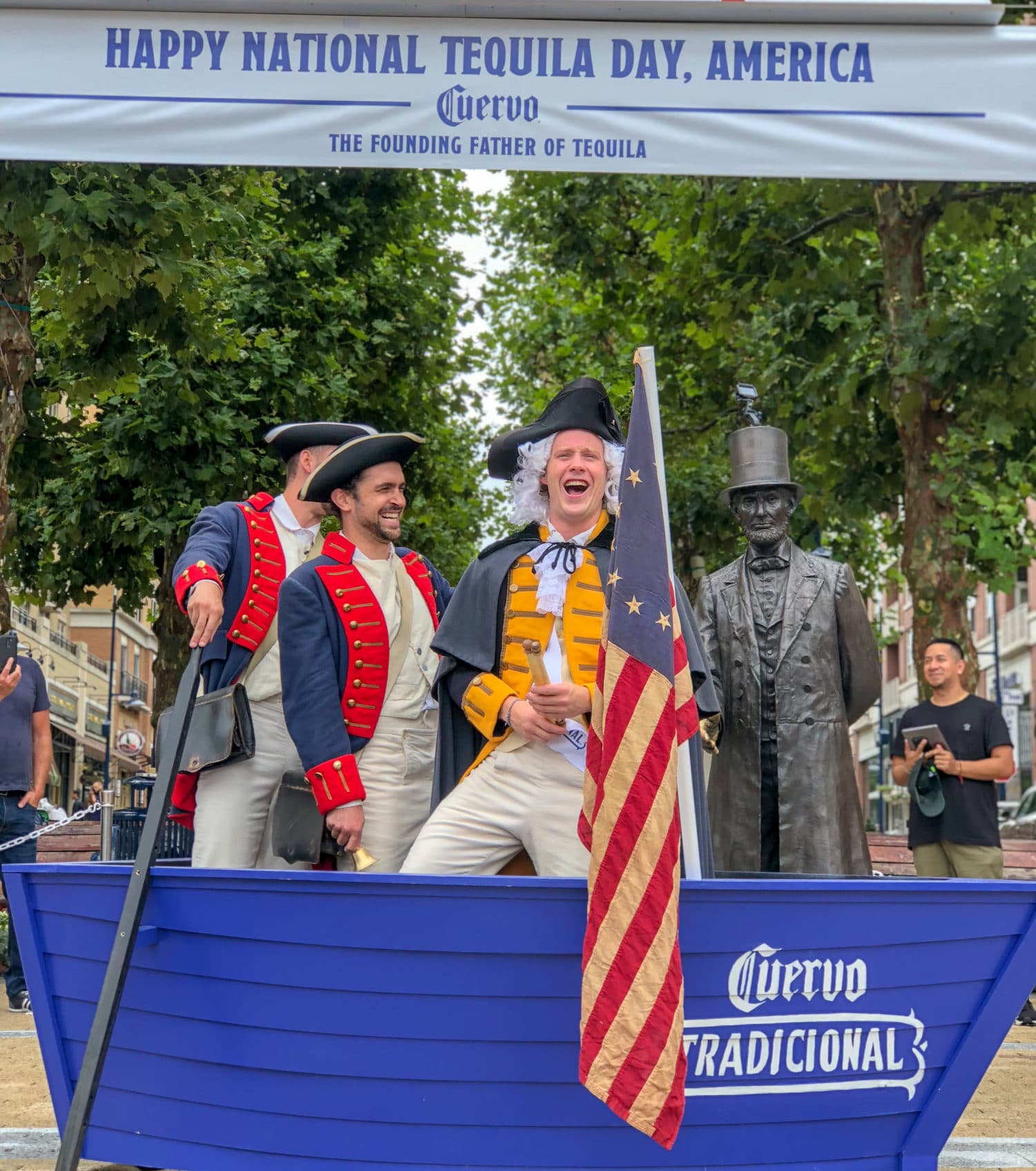 At the same time, Washington himself was busy “rowing” furiously through the streets of DC with his soldiers, making a formal decree to anyone who would listen that expressed his love for Cuervo.

We also gave consumers a unique opportunity to have a drink on George, by simply handing over a $1 dollar bill (featuring Washington’s mug) at participating bars across the country.

Cuervo even got an official quote from G-Dubs:

“Hearyee! Hearyee! Founding father in the hooooooooouse! Today our great nation celebrates life! liberty! and Tequila! Let it be known from sea to shining sea, that there has never been a tequila finer than Cuervo Tradicional! Happy National Tequila Day, America, from one founding father, to another!” 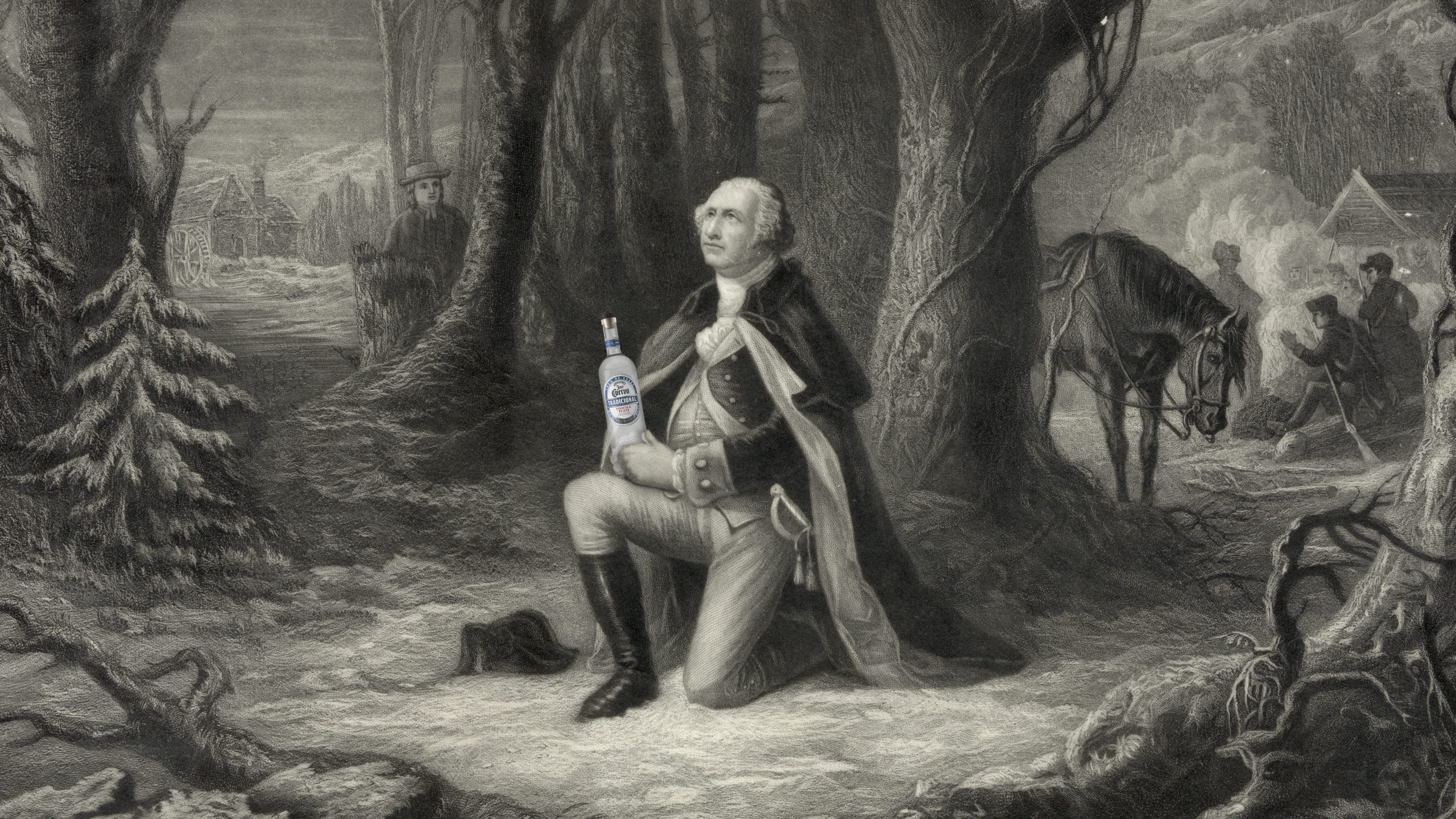 If you hadn’t noticed, G-Dubs also took over Jose Cuervo’s social feeds for the day, posting photos and videos featuring paintings of the president and his favorite tequila.

CHEERS FROM ONE FOUNDING FATHER TO ANOTHER, FOR MAKING THIS ONE UNFORGETTABLE NATIONAL TEQUILA DAY!

Find Cuervo Tradicional Near You